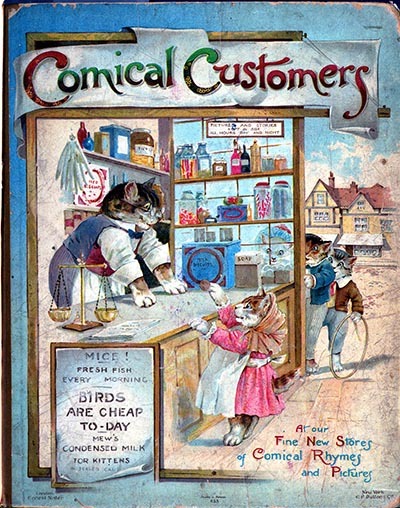 Beatrix Potter illustrations feature in only one story in Edward Nister's children's annual Comical Customers. These frogs are  loosely based on a picture letter drawn for Eric Moore about a frog named Jeremy Fisher. 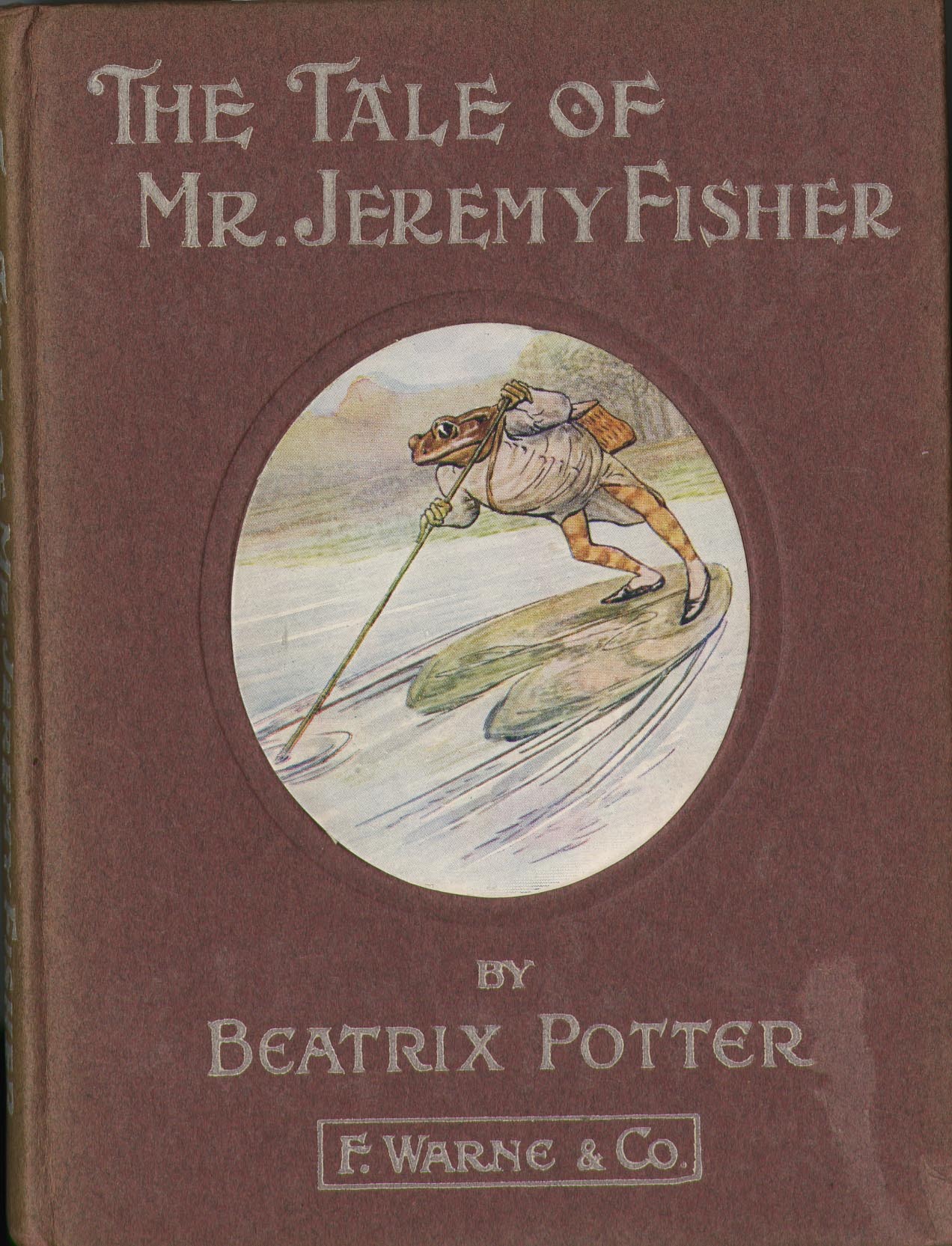 Potter wrote the the first version of The Tale of Jeremy Fisher in 1893 while staying in Eastwood, Dunkeld on the bank of the river Tay. However, it was not until 1906, that she was able to do her frog story. During the production of the book, Fruing Warne had suggested the frogs coloring was inaccurate. Potter brought in a living Jeremy to prove to Fruing that Jeremy’s coloring ws correct. 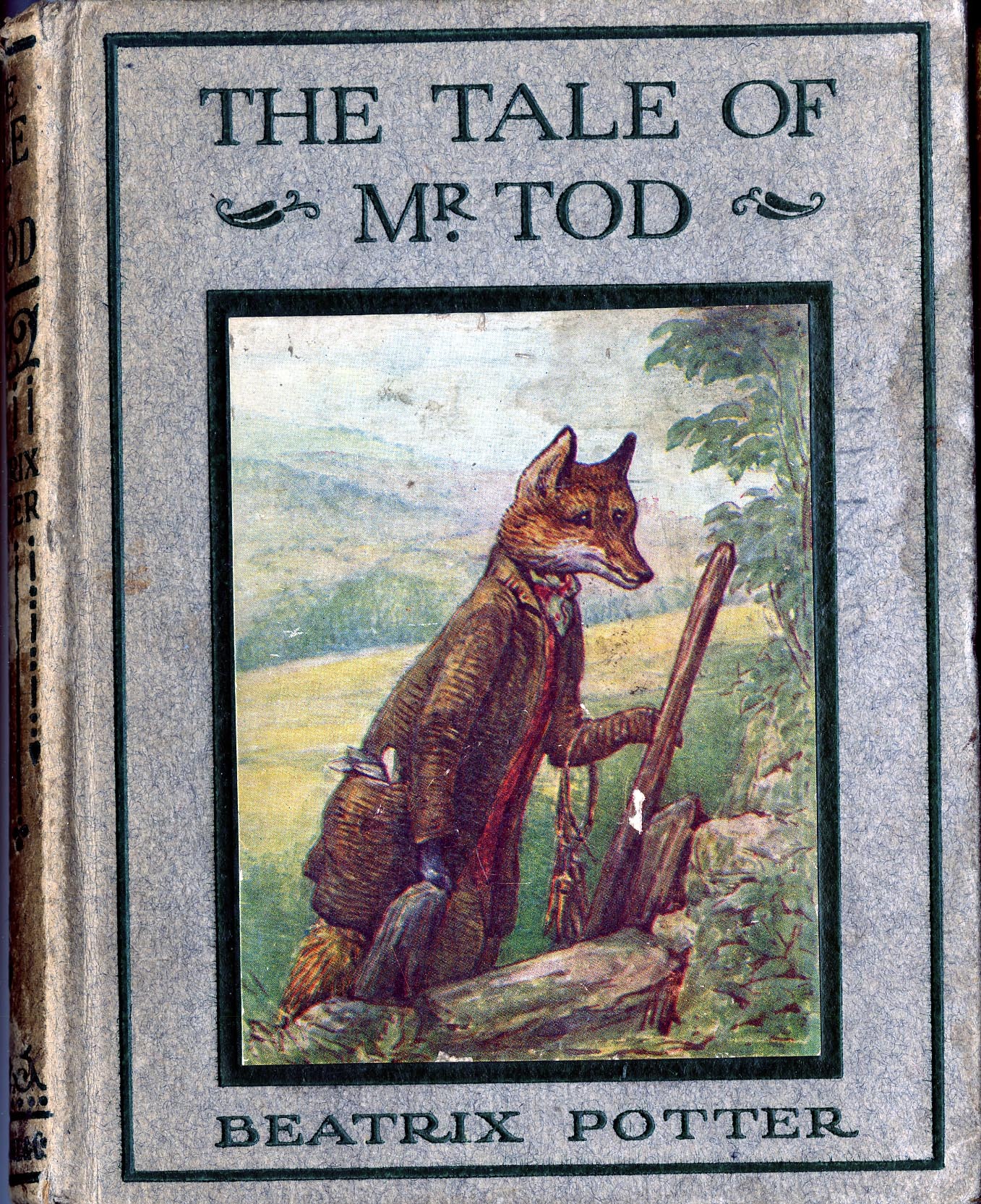 The Tale of Mr. Tod was based on a a tale from Uncle Remus  and was a longer tale then many of her other books. Her chief interest had been in creating more complex plots and characters. The darker start of the tale was a point of contention between Potter and Harold Warne. Potter wrote "you are a great deal too much afraid ofthe public for whom I never cared one tuppeny-button." 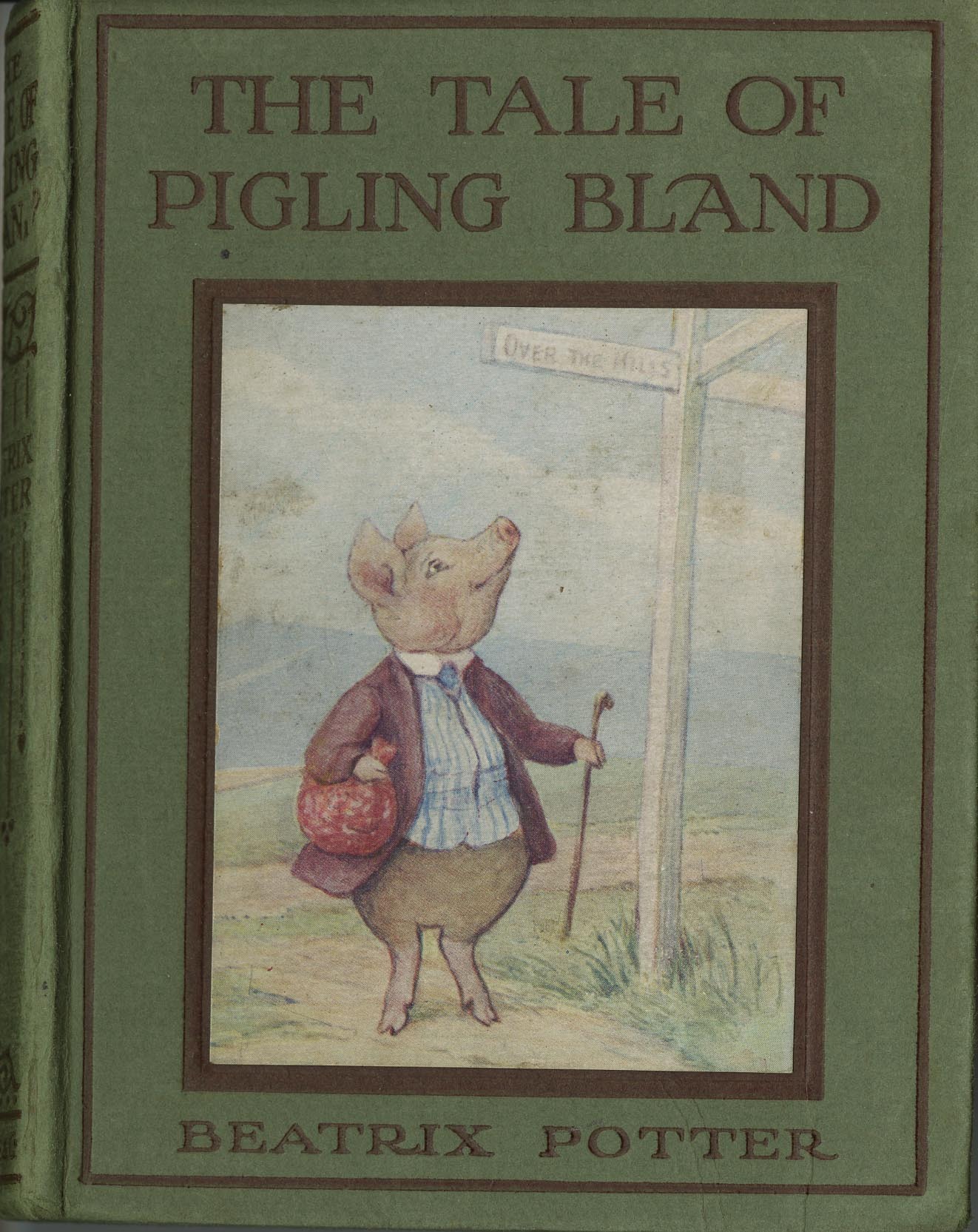 Pig-wig from the Tale of Pigling Bland was based on a pig the Potter had bought in the early days of her farm. She bottlle-fed the pig until it was able to live on its own. It became Potter's pet and would follow her around Hill Top.