John Reed Cawood (1942-2016) was a solicitor, a collector of Beatrix Potter’s works, and a prominent member of the Beatrix Potter Society. Born in Newcastle-upon-Tyne, throughout his youth, his family would vacation in the Lake District which he loved. His interest in Beatrix Potter can be traced to these trips. After graduating school, he began work as a solicitor with Sinton and Co in Newcastle. He worked there for his entire forty year career. He became a partner and specialized in wills and family law. He had three children, Matt, Lucie, and James, with his wife Valerie.

Cawood began collecting Beatrix Potter in 1972. David Steedman, an old friend and third generation antiquarian bookseller, sold Cawood a first edition copy of the Tale of Mrs. Tiggy Winkle. This began Cawood’s growth as a bibliophile and the development of his collection of Potter books and paper works. He joined the Beatrix Potter Society in 1991, and became a Trustee in 2002. An active member, he contributed articles to the Beatrix Potter Society Journal and Newsletter and presented at conferences held by the society.

Cawood was also an artist: he made cartoons as gifts for his friends and family. What began as a thank-you card to his daughter Lucie in August 2006 developed into his ‘Duffus stories.’ Duffus is Cawood's Scottish terrier who is the protagonist of many of the books. The books recount Duffus’ many adventures: from finding a place to stay while Cawood was in the hospital, to chasing cats up trees, to exploring Vienna while James (Cawood’s son) performed in Vienna’s English Theater. 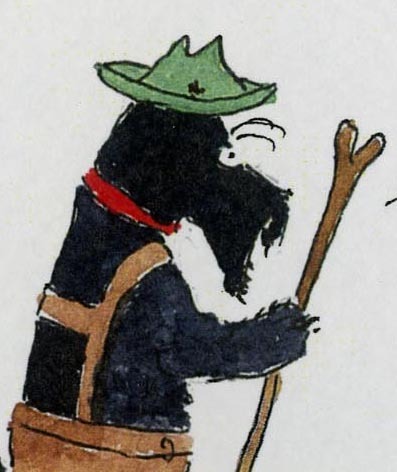 Duffus and His Viennese Venture, 2008

Influenced by Beatrix Potter's tales, Duffus, Cawood's scottish terrier, is the protagonist in the stories. This booklet was made to honor James Cawood's, actor, playwright, and son of John Cawood, debut at Vienna's English Theater in the play Charley's Aunt, he created this book featuring Duffus. 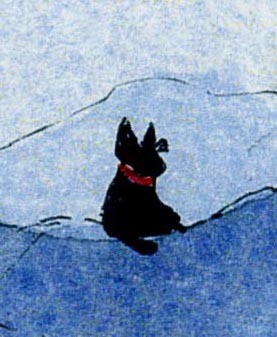 James Cawood premier of his play Stone Cold Murder at Vienna's English Theater was marked by another delightful Duffus story.

Cawood would use the left over scraps of watercolor paper to craft additional gifts for loved ones.