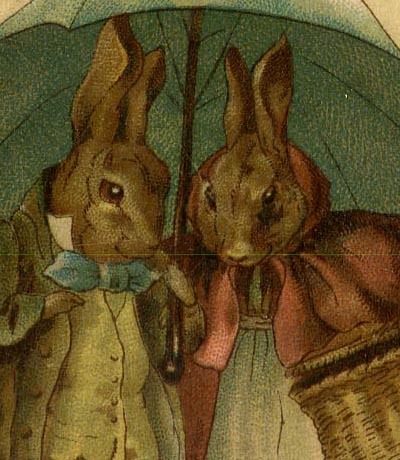 Published when she was 24, A Happy Pair marks Beatrix Potter’s first commercially published work. In her journal, she describes using “that charming rascal Benjamin Bouncer our tame jack hare” as a model for six designs to show to publishing companies. On the strength of these illustrations, Hildesheimer & Faulkner bought her illustrations for Christmas and New Year cards and then for a booklet of verse. Potter illustrated the work of Frederic E. Weatherly, a barrister and prolific writer of lyrics and verse, including  “Danny Boy” and “Roses of Picardy.” This collaboration would be a rare instance of Potter illustrating another writer’s work. This copy was purchased in 2013 for the collection. As with many children’s books, it was in poor condition and was restored after purchase to its current state through extensive conservation work. 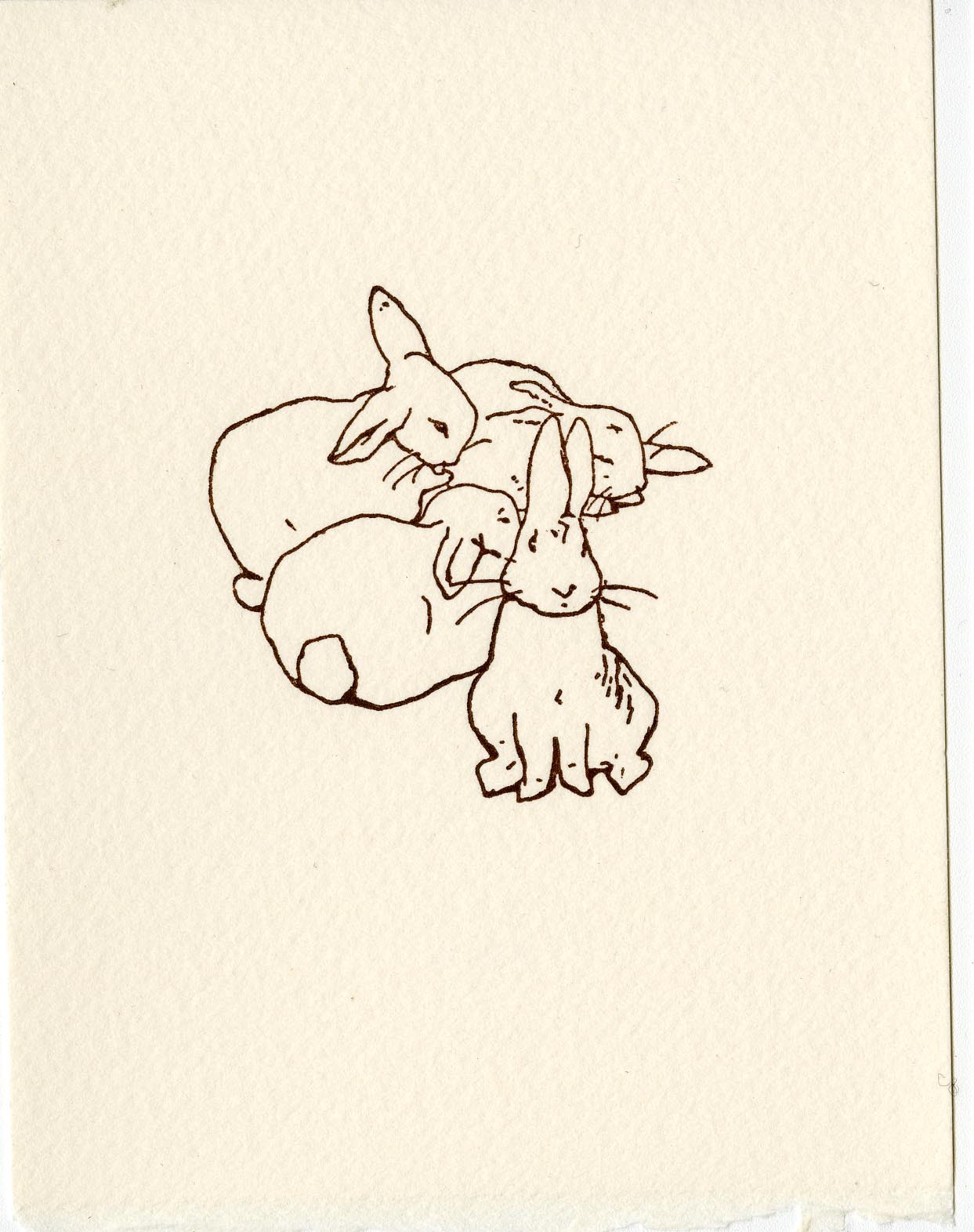 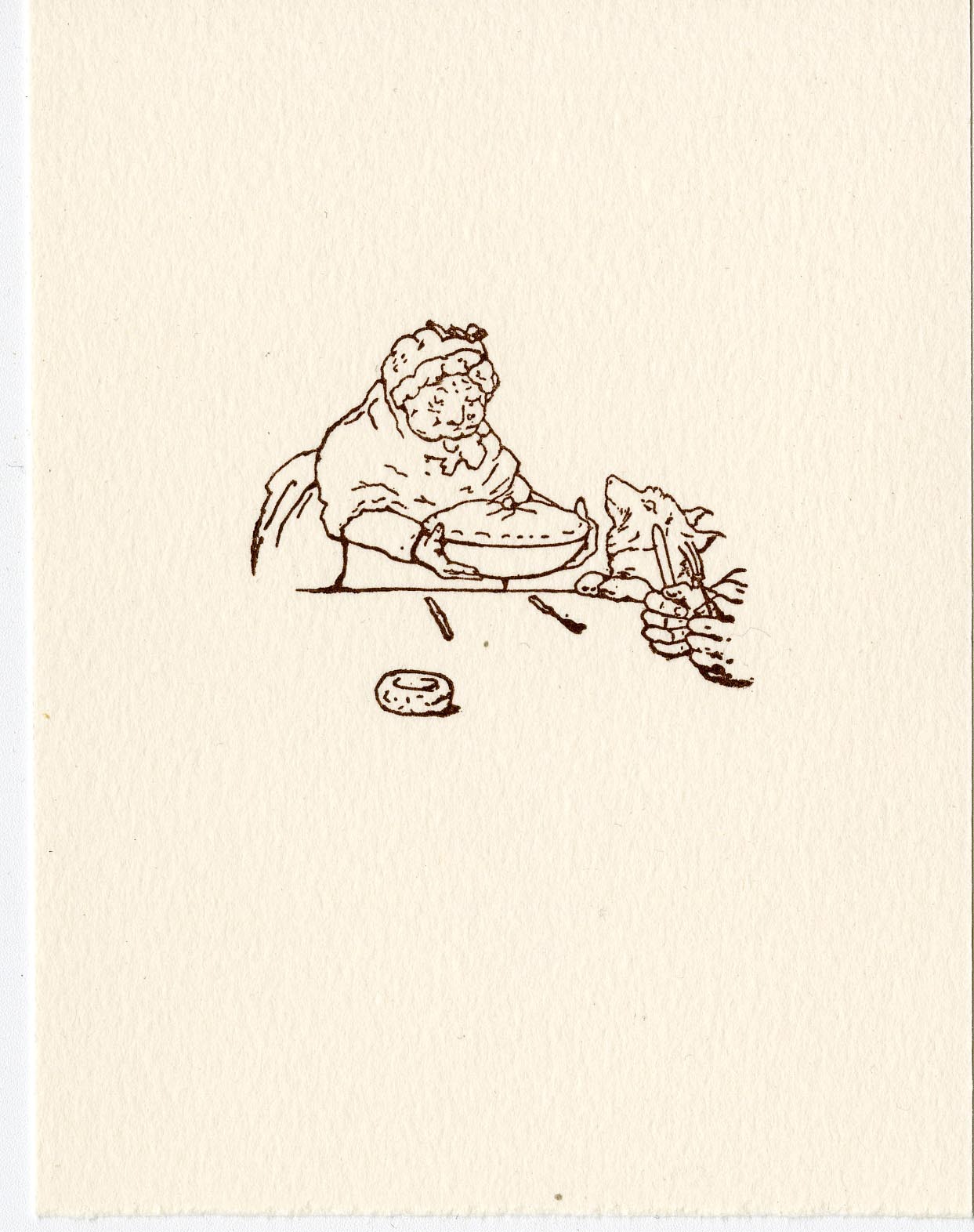 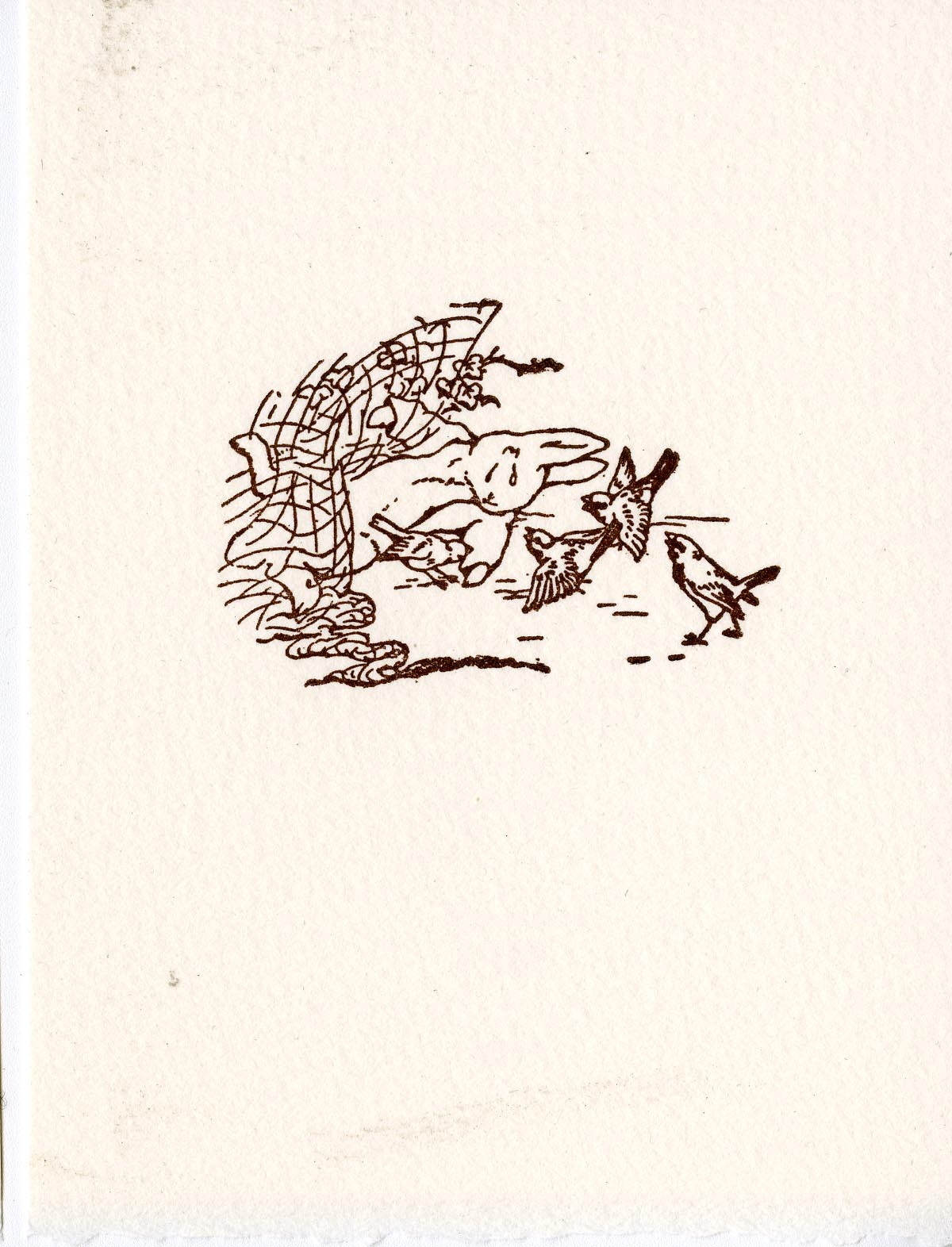 In 1892, Potter bought a new rabbit by the name of Peter Piper. Peter supplanted Benjamin Bouncer as a model and featured in her now famous picture letter to Noel Moore. In 1900, encouraged by Annie Moore, Beatrix Potter selected her tale of Peter to turn into a story. Using the original letter as a base, she expanded the story and made more black and white illustrations. Finding no immediate publishers, she decided to publish it herself. With advice from Gertrude Woodward, a friend and artist from the Natural History Museum, Potter chose Strangeways & Sons to print her book. The initial print run consisted of only 250 copies, but its popularity soon required another set of 200 copies be made. These are images are reprints from these orginal blocks published by Battledore Ltd. in 1995. 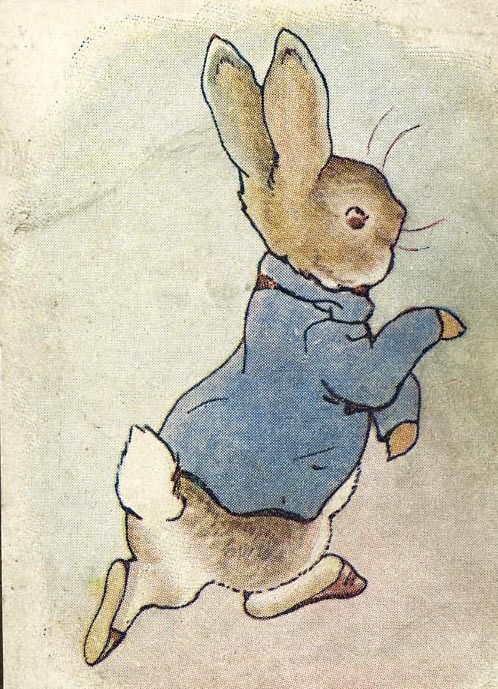 Warne reconsidered its original rejection of the Peter Rabbit story under the condition that Potter create color illustrations and revise the text. This was the beginning of a forty-year relationship with the Warne family who would publish nearly all of Beatrix Potter’s works. The Tale of Peter Rabbit was a hit; a year after publication it had sold 56,470 copies. The first trade edition of Peter Rabbit published by Frederick Warne & Co. is distinguished by the leaf-patterned end papers as well as four color plates that did not make it past the fourth impression. 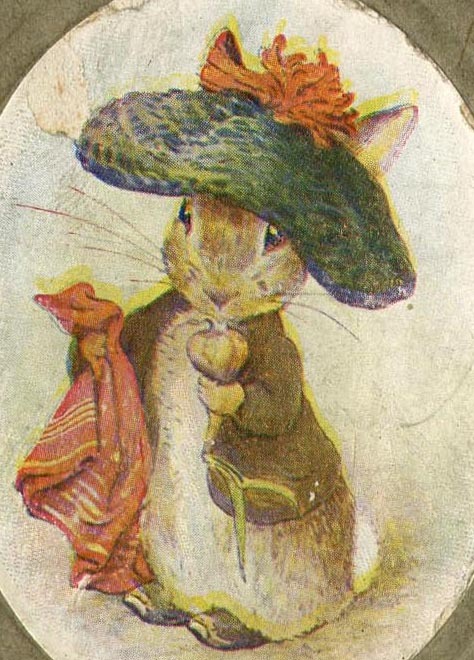 The Tale of Benjamin Bunny was Potter’s fourth tale. After the more complex plots of the Tailor of Gloucester and Squirrel Nutkin, Beatrix suggested a simpler story for younger readers. In very early drafts of Peter Rabbit, the characters of Benjamin Bunny and Old Mr. Benjamin Bunny appeared as minor characters. Cut during the editing process, these characters were revived and became central figures in the sequel to Peter Rabbit. At her holiday home in Fawe Park in Keswick, Potter spent the summer on the book. In a letter to Norman Warne she wrote, “I think I have done every imaginable rabbit background & miscellaneous sketches as well -- about 70!" Its popularity was instantaneous. Warne initially printed 20,000 copies and within a month needed to print more. 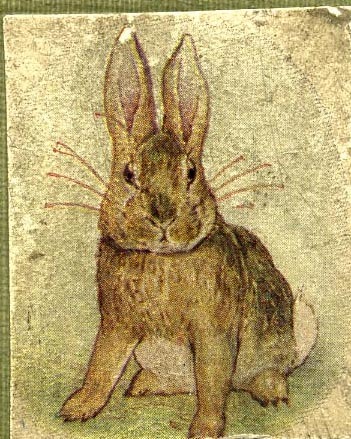 The Story of a Fierce Bad Rabbit, 1906 First Edition

The Story of a Fierce Bad Rabbit was part of a series of toy books intended for very young children. These books used a panorama format – an accordion fold out popular in the Victorian era – that gathered into a wallet-like cover. Although popular with readers, shopkeepers found them messy and applied pressure to prevent more from being produced. Only The Story of a Fierce Bad Rabbit and The Story of Miss Moppet were published in this format. A Sly Old Cat, the third in the trio, remained unpublished until after Potter’s death. 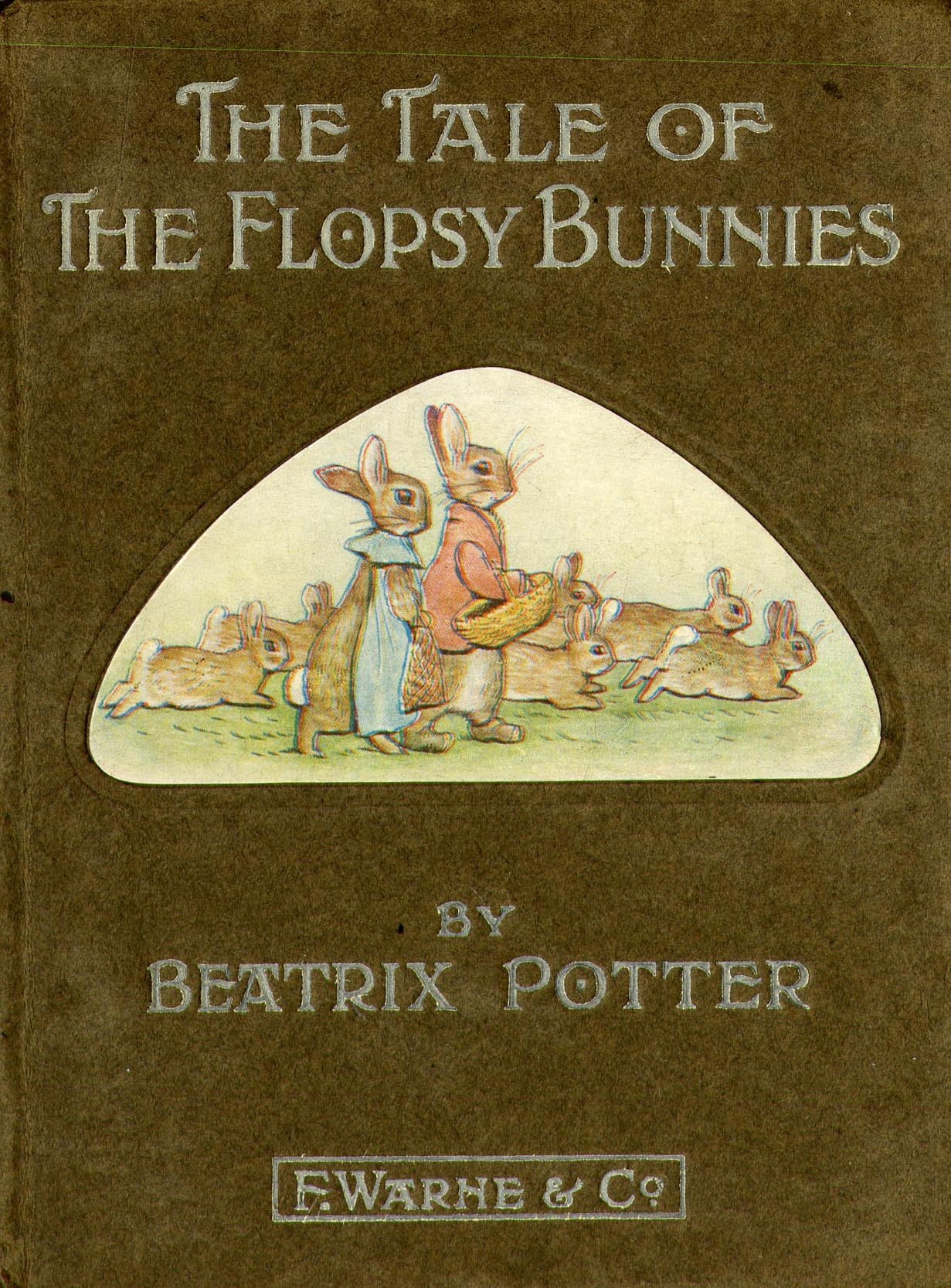 Although tired of drawing rabbits, Beatrix recognized the need for another rabbit story. In a letter to a young fan she wrote, “I must try and do another rabbit book, all the little boys and girls like the rabbits best.” A sequel to Benjamin Bunny, this tale follows the adult Benjamin and his family as the ‘soporific’ effects of lettuce lead his family to a dangerous encounter with Mr. McGregor. The gardens were based on her Uncle Fred Burton’s gardens in Gwaynynog. Beatrix had sketched these gardens over many years and they held a  special place for her. She replicated aspects of these gardens at Hill Top and Castle Cottage. 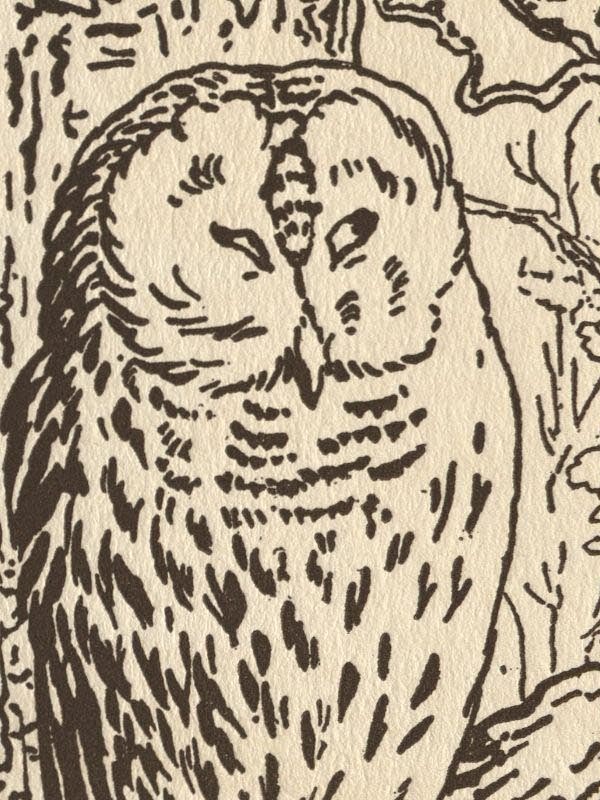 Peter Rabbit’s Painting Book was based on a gift to Louie Warne in 1907 that featured the animals of Hill Top. The painting book was composed of black and white line drawings with color washed pictures as examples for the children. It contained characters from many of Potter’s books including Peter Rabbit, Benjamin Bunny, Jemima Puddle-Duck, Mrs. Tiggy-Winkle, and Squirrel Nutkin. The painting book had wide appeal and was successful. 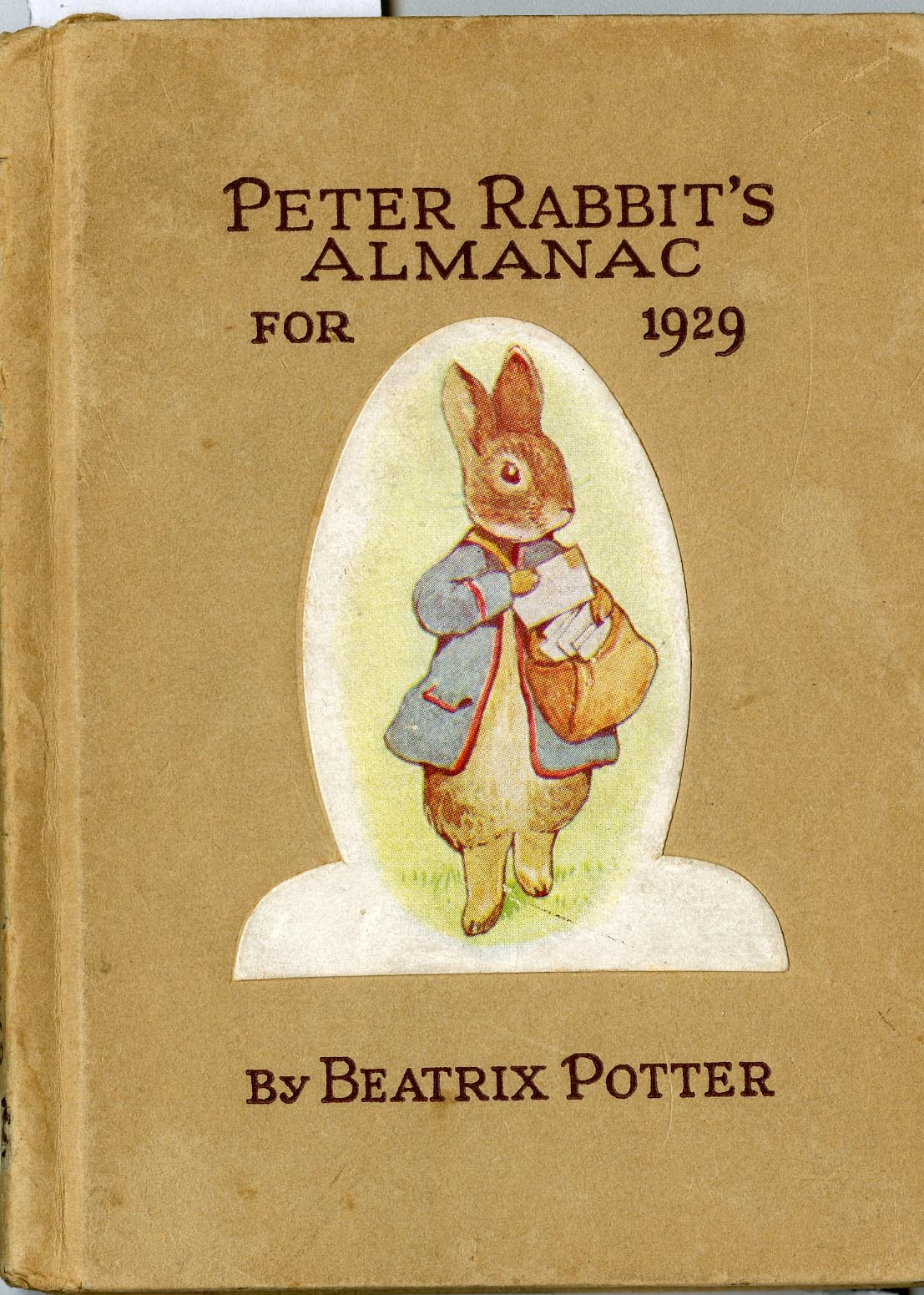 Warne suggested an almanac for Potter’s next publication, based on the popular Kate Greenaway Almanacs. Potter created new illustrations for the almanac with rabbits as the central characters. She was ultimately unhappy with the results. In an irate letter to the Warnes after seeing a proof she said  “Please let me know if this wretched sample is final. I know one thing; it is the first and the last.” It remains the only almanac Potter designed. Both the American and British first editions are held by the Lear Center.