Derwentwater is one of the most northerly lakes in the Lake District. The Potter family spent their summers in two large country houses: Lingholm  and Fawe Park. These became ideal sketching subjects along with landscapes between the Newlands Valley and the lake, and scenes from the morning market in Keswick, a nearby town. These would become the settings for some of her tales including those of Benjamin Bunny, Mrs Tiggy-Winkle, and Squirrel Nutkin. Left is a sketch of squirrels. Potter made many sketches of squirrels before and after The Tale of Squirrel Nutkin. On the right  is a  path through a wood, probably near Lingholm. 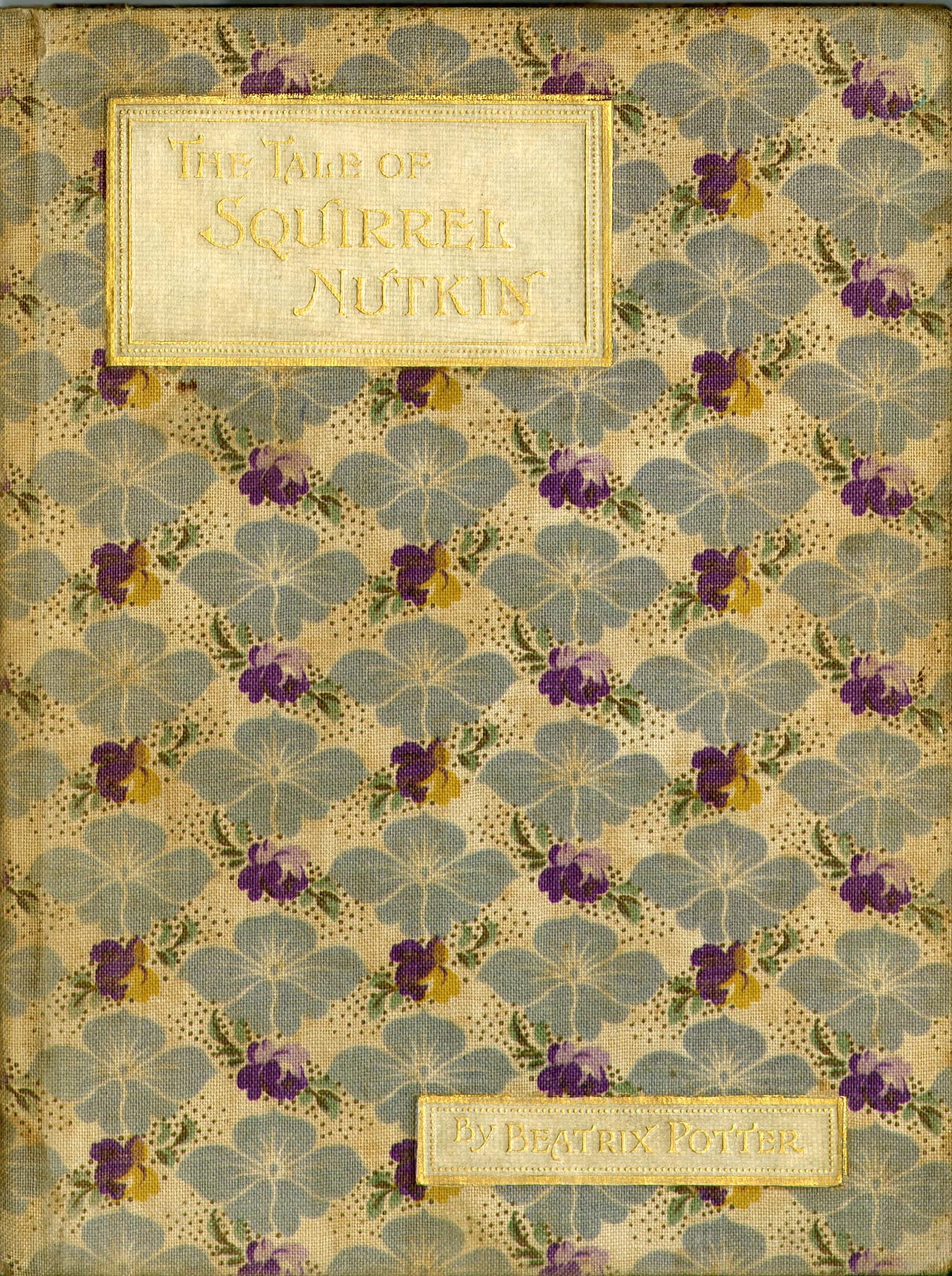 With the great success of Peter Rabbit, the Warne Publishing Company decided to release a deluxe edition of The Tale of Squirrel Nutkin and The Tale of Gloucester, both bound in more elaborate cloth. Potter sought fabric from her grandfather’s calico printing company and chose this  flower pattern fabric with scattered pansies. 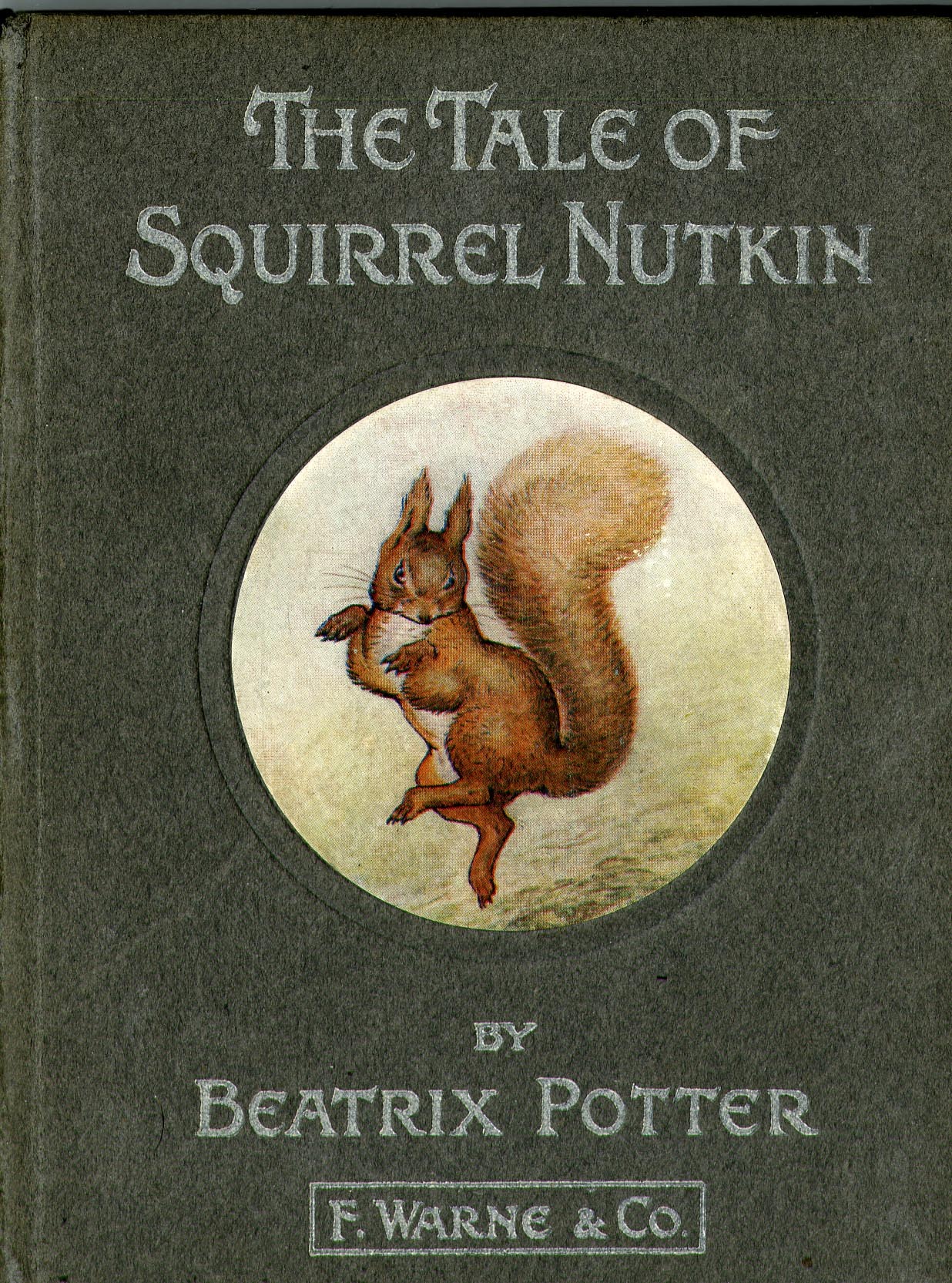 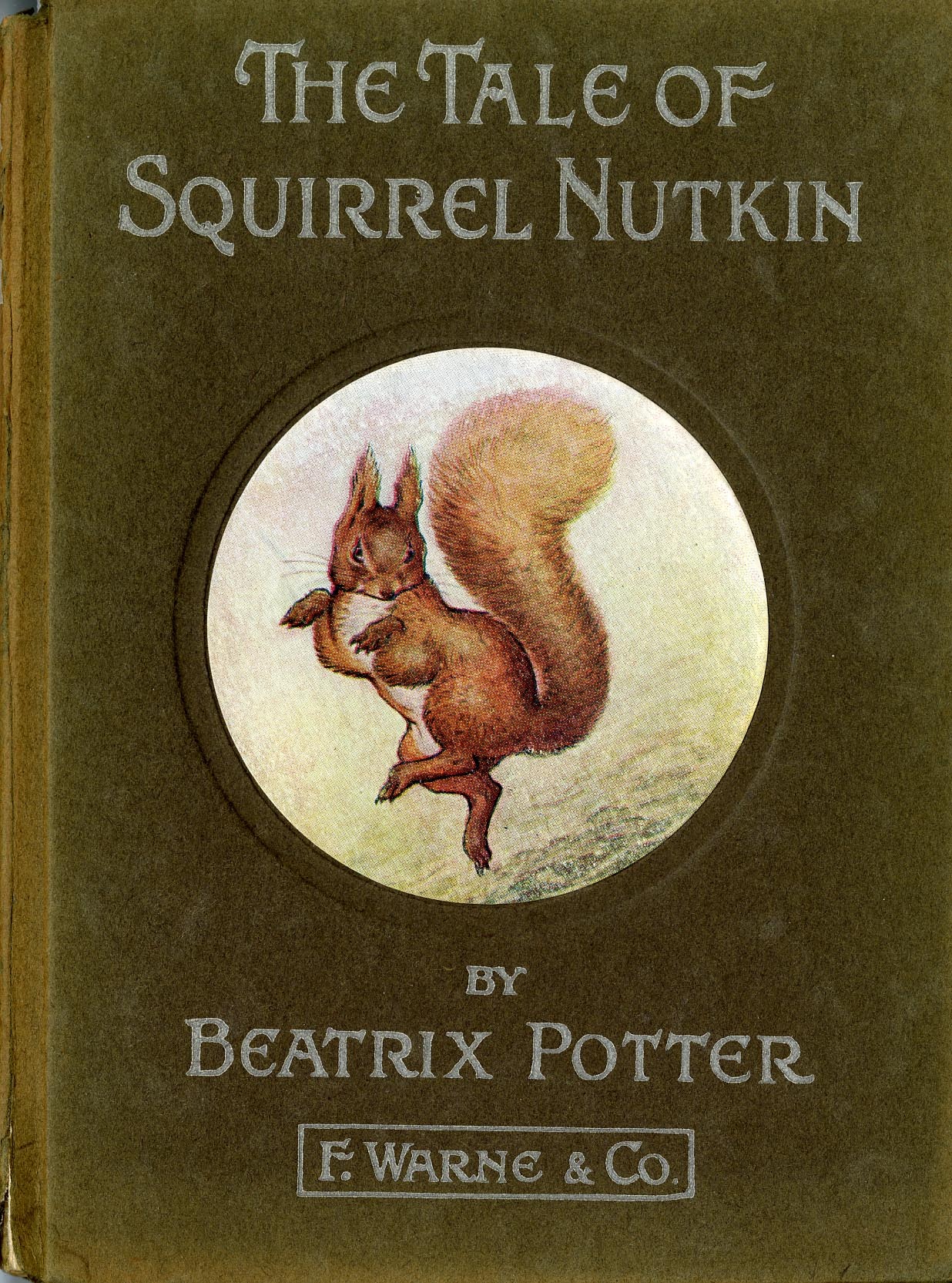 Potter’s commitment to live models extended to more unusual animals. In a letter to Mrs Wicksteed, their former neighbor and the widow of a prominent Unitarian minister,  “I am trying to make a squirrel book at present, I have got one pretty little model; I bought two but they weren’t a but they weren't a pair, and fought so frightfully that  I had to get rid of the handsomer-- and most savage one. The other squirrel, is rather a nice little animal, but half of one ear has been bitten off, which spoils his appearance!” 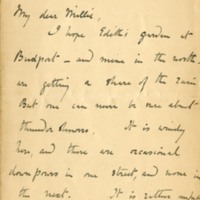 Amelia ‘Millie’ Warne was the unmarried daughter in the Warne family. She came to know Beatrix Potter through Potter’s close relationship with Norman Warne, Potter’s editor, and short-lived fiancée. She and Beatrix became friends and they corresponded over many years. In this letter, Beatrix Potter discuss the forthcoming coronation procession in London, her garden and her turnips which she hopes to win a prize, and discusses her current squirrel project --The Tale of Timmy Tiptoes. 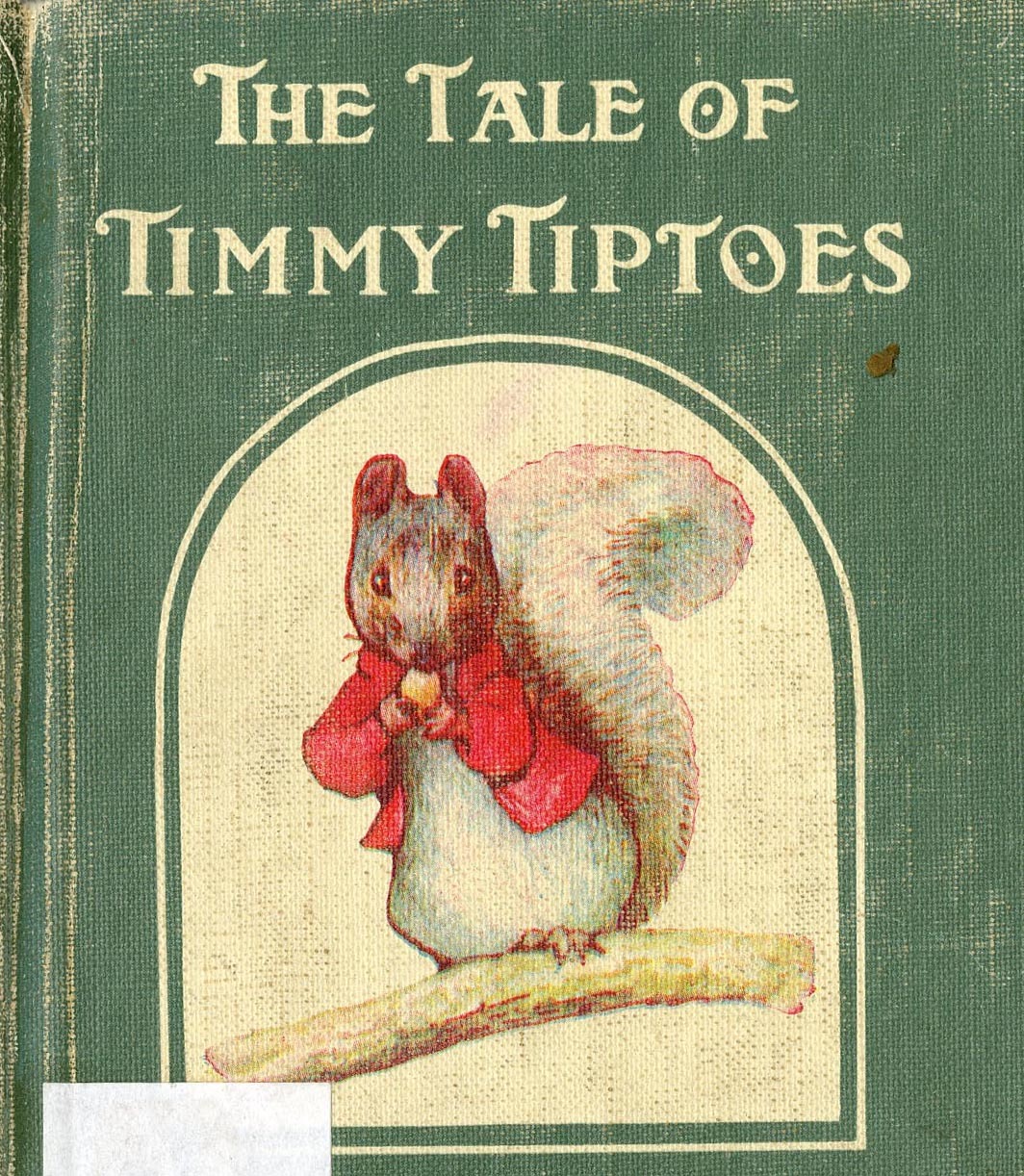 American grey squirrels, chipmunks, and black bear feature in this tale of squirrels collecting nuts for winter. Grey squirrels, now an invasive species in the United Kingdom, were introduced to England in 1876 and had not yet become commonplace.  As such, Potter was unable to draw from live models which reflected in a certain artificiality uncommon for her work.