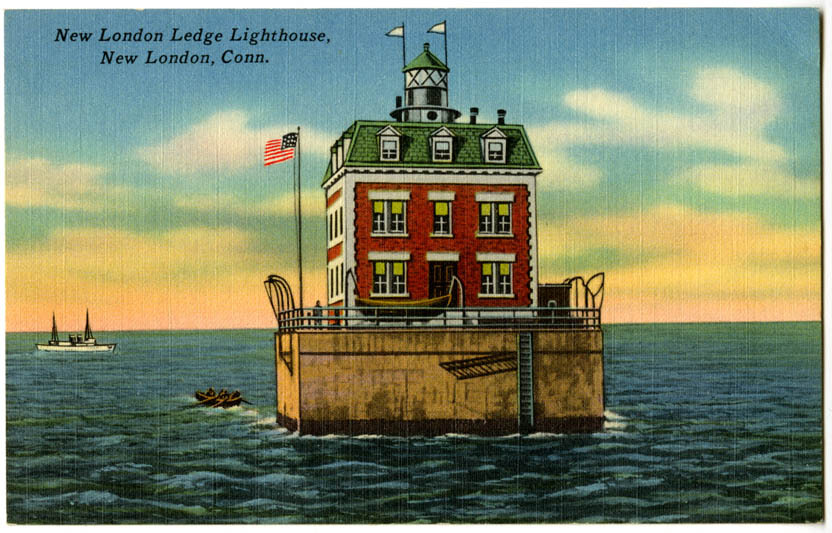 The New London Ledge Lighthouse was completed in 1909, after the Lighthouse Board decided that a second light was needed to accommodate increased maritime traffic on the Thames River. It was intended to supplement the light provided by New London Harbor Light. According to the Ledge Light Foundation, its three-story design was influenced by two of the area's wealthiest citizens, Edward Harkness and Morton Plant. In 2014, the ownership of the lighthouse was transferred by the Coast Guard to the New London Maritime Society. (Source: www.ledgelighthouse.org/history.html)