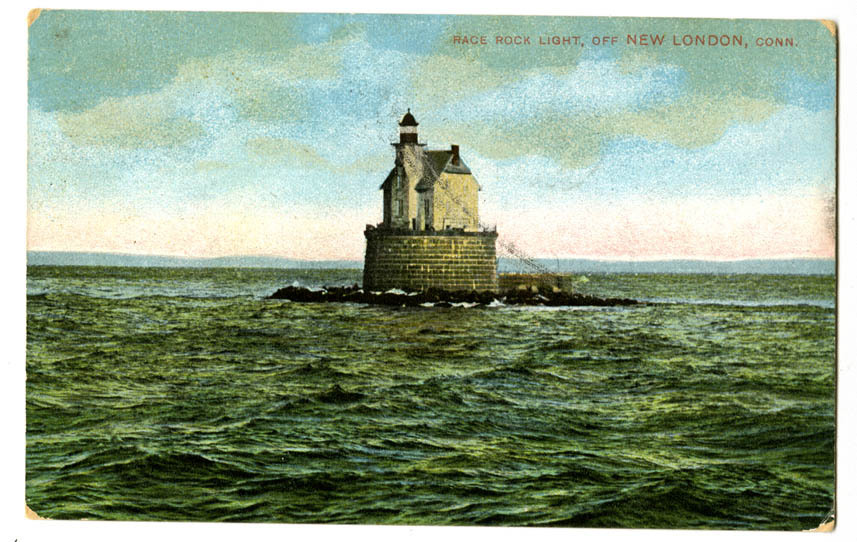 The construction work on Race Rock Light began in 1871, and the lighthouse began its working life in 1879. The work on the light had actually begun int he 1850s, when the Lighthouse Board had determined that Race Rock presented a significant danger to the maritime traffic of eastern Long Island Sound. It was designed by Francis Hopkinson Smith, a structural engineer who would later work on the foundation for the Statue of LIberty. Today the lighthouse is owned by the New London Maritime Society. (Source: http://www.lighthousefriends.com/light.asp?ID=741)