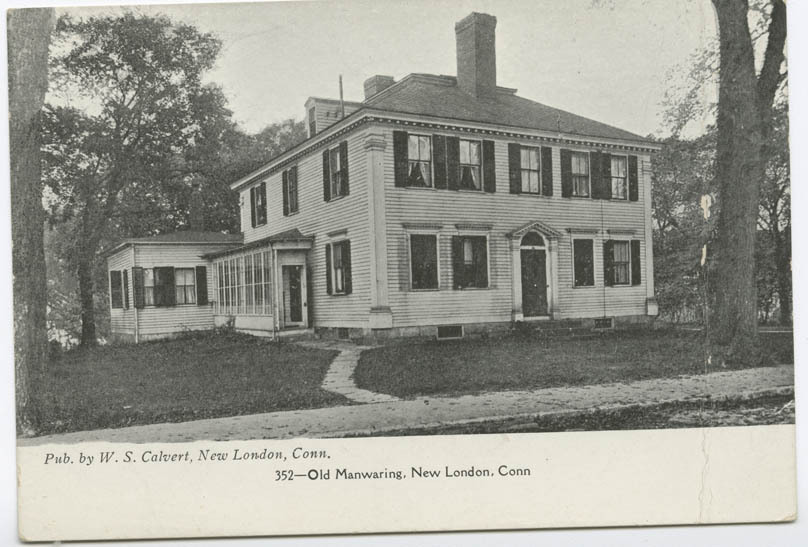 This house once stood at the top of Manwaring Hill, located at the top of a hill near downtown New London. According to the New York Times, it is thought that the structure was built between 1796 and 1803; prominent visitors, according to the article, included James Madison, and the building was damaged in the War of 1812. It belonged to the prominent Manwaring family, whose roots on this property had gone back to the 1600s. It was dismantled (per the Times) in the 1960s. (Sources: A Modern History of New London County, ed. Benjamin Tinkham Marshall [New York: Lewis Historical Publishing Company, 1922], 121; Diane Cox, "New London House Finds a New Home," New York Times, March 22, 1987, http://www.nytimes.com/1987/03/22/nyregion/new-london-house-finds-a-new-home.html)